For you & your day;
If you’re holding a shindig or 2, how about these deals;
Quality northern Italian wines from Friuli. A smooth, mellow red made from Pinot Noir, plus a bright, crisp Pinot Grigio that punches well above its price point. These wines come in 5 litre boxes and are possibly the best offer this Christmas; working out equivalent to just £5.25 a bottle.
Was £45 – Now £35 (5 litre box)
We still have good stock of the Douglas Green South African duo. A deeply coloured & rich Pinot Cinsaut blend. Or the white is a fresh, zesty Chardonnay Viognier.
6 bottles £35 (can be mixed) or £6.50 each
Gifts for friends & family;
We can gift wrap single bottles , there’s plenty of wine hampers to choose from, stocking fillers in the shape of exotic gin & spirit miniatures and rare Belgian and UK beers.
Miniatures from under a fiver – gifts from £10 – hampers from £20
Plus, why not a voucher? (credit card style, load with any amount you wish)
Gin tasting – Tuesday 5th February 2019 – 6 until 8pm – tickets £25 each
Learn more about gin. The processes. The botanicals. The history.
An introduction to wine by John Greenwold – Tuesday 19th February 2019 – – tickets £20 each
Learn and taste in a relaxed, informal environment with John; know a wine lover who’d love this? 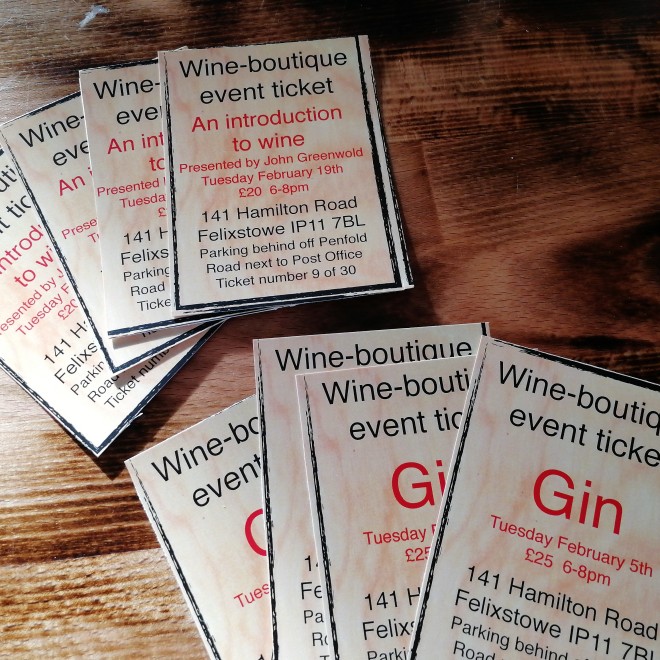 Summer’s going rather well, the sun continues to shine & our walk-in fridge here in Felixstowe is proving its worth. We keep shouting (well, telling people) about our fridge to anyone that comes through the door, but we’re still occasionally asked whether we have any chilled wine or if any of our 80+ beers are available cold. The answer is yes – 99% of the stuff that needs to be chilled is so. 1% short because sometimes we miss something or a beer on the shelf is down to the last one (these limited editions move fast). Our two beer taps are proving popular but word still needs to be spread. Visor, our fine Belgian lager, is a huge hit and is delivered to you icy cold in a beautiful glass. At 5% ABV and just £4.50 a pint, this’ll hit the spot on a warm summer day.

Among our wide range of beers are a number of modern classics from London brewery Beavertown. Logan Plant (son of Led Zeppelin legend Robert) set the brewery up in the basement of his pub in Hackney back in 2011 and has become one of the key names in modern British brewing. The artwork on their cans are almost worth the asking price alone, but the liquid inside is almost always exceptional. Neck Oil, a 4.3% ABV Session IPA, is one of our best selling beers – and deservedly so.

But with the news that Beavertown has sold a minority share (I’ll take a stab at this and guess that means 49%) to beer giants Heineken, some drinkers have decided that any beer from Beavertown is now off the menu, reaffirming their commitment to true independent brewing. I get that point of view. We all get the final say to where our hard earned cash goes to, and if global titans Heineken aren’t your thing, that’s fine. But Beavertown claim the investment will allow them to build their dream of a new, large, interactive brewery in London called Beaverworld, thus enabling production capabilities to increase hugely. This perhaps will mean that their fantastic beers may soon be available in shops up and down the country. No bad thing. But ‘Big Beer’ strives to retain relevance in a market that continues to move towards independent breweries and more local products; perhaps swallowing up key craft brewers can enable them to shut out others? Who knows. The answer I’m still searching for is ‘who wins?’ – is it big business potentially killing off competition or the small brewer that has the opportunity to present his or her products to a much wider audience?

But, for now at least, if the beer continues to be as good as it is, and we can be priced as competitively as we are, we’ll continue to have Beavertown’s beer on the shelf. It tastes pretty damn good y’know. 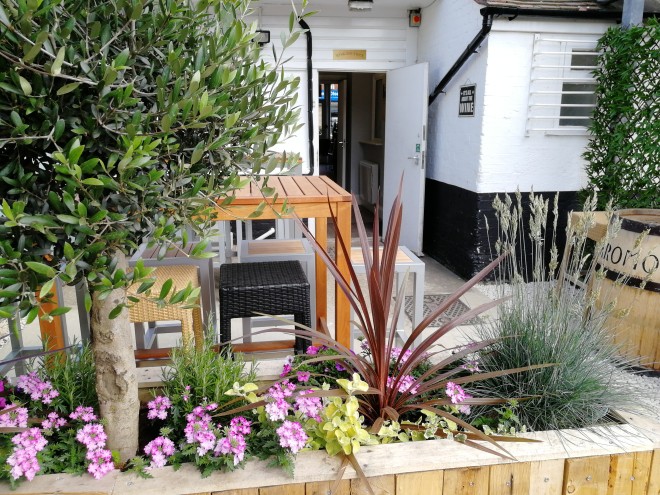 Last night’s New Wines Tasting was warmly received. With a good crowd in attendance, our new French wines had their first outing. The range from Villa Dria (Gascony) got a few nods – especially the Chardonnay Gros Manseng white blend & the funky, spicy Cabernet Merlot red too. Pleased to see our new Pouilly Fumé from Henry d’Assay selling well. With a £21 shelf price (£15.75 imbibers) everyone saw the value in this treat. We’ve been without a Pouilly for a little while now, but the new arrival seems to have hit the right note. 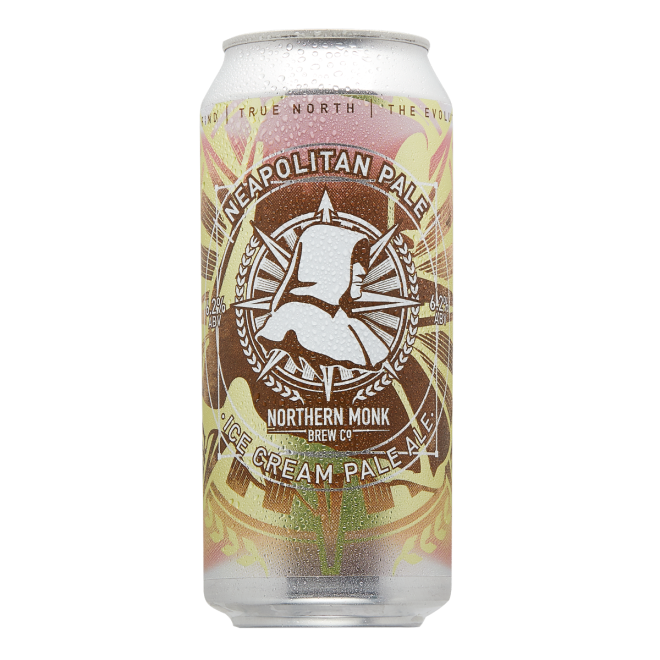 You know summer is really kicking in when the beers start upping the ‘odd’ factor. Northern Monk from Leeds do it right for a third year in a row with their Neapolitan Ice Cream Pale Ale (yep, that’s right) a creamy 6.2% delight with strawberry, chocolate & vanilla flavours really nicely balanced in the beer. 440ml can, £3.50 each.

Also, pass on the message to any cigar loving/Havana fans. Our Cigar Tasting event is coming up on July 3rd. Matching a thick gauge cigar with drinks, while our man from Havana (Tom) talks us through it all. 6-8pm, £30 each. 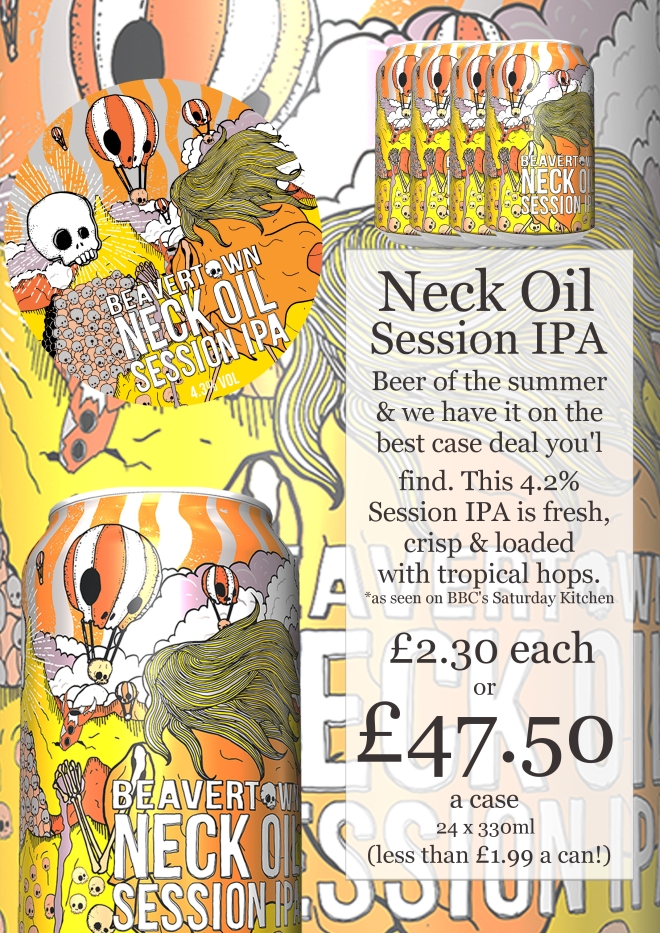 This beautiful beer from north London’s Beavertown brewery is a true favourite here in 141 Hamilton Road – & we’ve got a load in to celebrate the early signs of summer (it’s coming…) – plus it’s on an excellent case deal. While stocks last.

….and so the builders have moved in. M&B Bespoke Refurbishments are a local firm who regularly come into the wine-boutique and for the last couple of weeks have been slowly transforming the bare bones of 141 Hamilton Road into our new home.

Sparky Simon put in plenty of evening shifts for us throughout mid-September, rewiring and preparing for the refurbishment and since then we’ve had much progress on wall building, cold room creating and toilet renovation.

All of the furniture and bar/table/shelf tops have arrived, which we think you are going to love.

A security shutter has been ordered, again from a local (Trimley) firm, MPS Doors. They too are valued customer of ours.

Cellar cooling and main room air-conditioning/heating equipment is all on site and the new flooring has been chosen and is on order.

Glassware has also been examined closely and we have come to some conclusions on this.

Will keep you informed…… 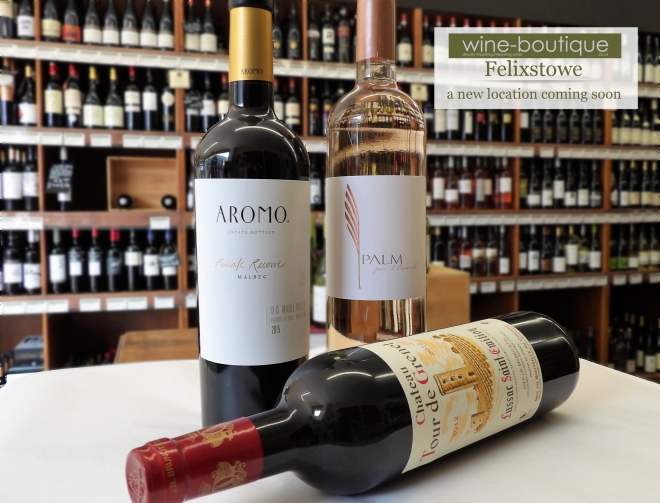 Winefantastic has a blog so why not one dedicated specifically to the Felixstowe wine-boutique? After all, we are investing heavily in this business.

Please feel free to comment and join in the fun.